Wasp nest removal can get a little dangerous especially if you don’t have the right equipment and protective clothing.

Wasps are a highly sensitive insect that will protect their nest until the end and they have the ability to sting repeatedly.

Wasps belong to the Order (Hymenoptera) which has a large group of insect including ants and bees. 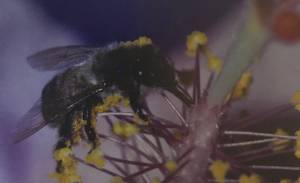 (Hymenoptera) has some 108,000 species worldwide. And Australia has in the region of 15,000 and they all play an important role in nature.

Wasps and bees and even ants all play an important role in keeping natures life cycling turning. We can often underestimate the real benefits of this highly successful group of insects.

But when they become a threat to our homes or gardens then we have to step in and remove them. A wasp nest that goes unnoticed for some time can grow very fast and become the size of a football.

The most feared wasp would have to be the European wasp this little insect can give multiple stings and won’t stop.

A wasp sting is like a red-hot needle hitting the skin. And once bitten the bites can swell up like a balloon.

The paper wasps we have here in Australia are nowhere near as bad to deal with as the European wasps. But they still have a very bad sting.

The paper wasp is the most encounter species found in Brisbane and can build their nest anywhere around the home.

Paper wasps will build nests in trees or bush and even under the eaves of a house. It’s these hard to reach places that make removing them a little difficult at times. 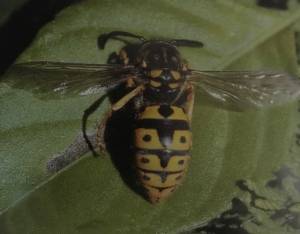 When a professional pest control company is called out to remove a wasp nest the technician has to be very careful.

Some nests are made high up under the eaves of a house and can make reaching them very difficult. Where a nest is hard to reach its best not to try and access it with a ladder this can end in disaster.

The one mistake many people make when trying their own wasp nest removal is they get to close to it resulting in stings.

The first thing that needs to be done is to find a way of reaching the nest from ground level where possible this is much safer.

As a professional pest controller, we use the aid of an extendable pole, the pole has an aerosol can attach at the end.

The aerosol has a chemical in it that instantly freezes the wasp and the entire nest on contact; this is the safest way to remove a wasp nest.

By freezing the wasp you are guaranteed not to get stung and at the end of the day, that’s the main goal when dealing with wasps.

With a very small wasp nest, the use of a general household insect spray will do the job very fast. But it has to be a pretty small nest maybe one that only has about 20 to 30 wasps present.

If you do try and remove a nest yourself make sure that kids and pets are inside out of the way. The wasps will sting anyone including pets once their nest comes under attack. 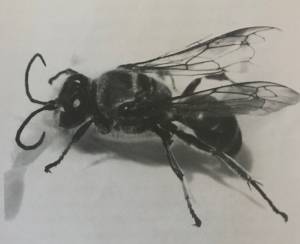 The time of the day is important when doing any sort of wasp nest removal the best time is morning.

The hotter the weather the earlier you need to start before the wasps start to leave the nest. In the cooler months, the wasps generally don’t leave the nest until it warms up a bit later in the morning.

If all the wasps are inside the nest this makes for the perfect time to destroy it this is also the safest time.

If you’re trying to remove a nest in the middle of the day you’re sure to get a few stings. Wasps have guards hovering outside the nest during the day and they will attack if threatened.

When a wasp stings a person they leave a pheromone on them this will attract the other wasps leading to multiple bites.

So the easiest way to get rid of a wasp nest is to hire the services of a professional pest control company.

A DIY wasp nest removal can lead to some very bad stings or bites. So if the nest is large or in a hard to reach place, just call in the experts to remove it.

Wasps are fast and relentless when they feel their nest is in danger and they will defend it with all they have.