Subterranean termites are a serious pest for homeowners. They attack timber in service this is wood that we use to build our homes with.

Since the early settlers came to Australia back in 1770 termites have been causing us problems.

Termites cause millions of dollar’s worth of damage to Australian homes each and every year. An unprotected home is an easy meal source for these wood-eating devils.

Most termite species are grass feeders and are of no real concern. But there are a handful of termites that are of real concern to homeowners.

Termites are the silent killers of many Australian homes and in some cases cause unrepairable damage. Where a severe infestation has occurred to a home the only remedy is to demolish what’s left.

They say prevention is better than cure and in the case of these little wood-eating monster’s this couldn’t be truer. Don’t be fooled into thinking your home is safe. If termites are in your area there’s a good chance that your home could be next on the menu.

Let’s now have a look into some of the characteristics of this little home wrecker. 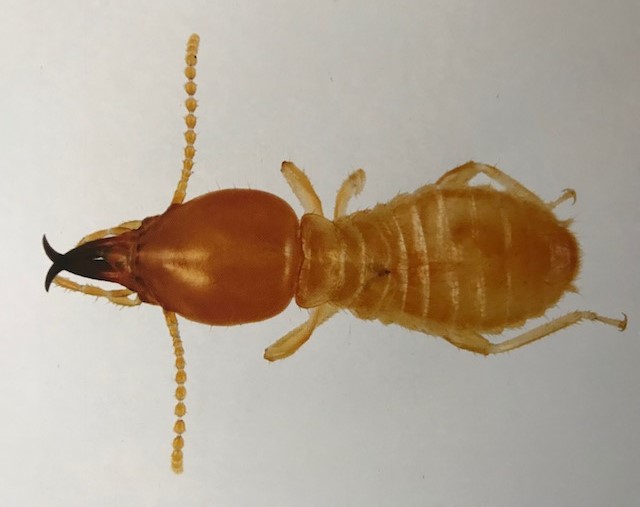 The majority of termites build their tunnels underground. They are usually in the top 200mm of soil; these are superhighways back and forth to the main colony.

Termites use these tunnels to forage for timber in the ground. They also construct these tunnels up various surfaces in search of a good food source.

The various tunnels can extend under roads, pathways and even concrete slabs that our homes are built on. There really is no place to hide from termites, so the best course of action is a full termite barrier system.

Once they have found a new food source the excavation of the wood begins. The way in which the wood is excavated will depend on the species involved.

The damage caused by termites usually goes unnoticed by the homeowner for some time. During this time extensive damage can be caused to the structure.

A species such as Nasutitermes walkeri will build their tunnel tubes over the surface of the soil until they reach a vertical object.

The distance from the main colony that subterranean termites roam will vary depending on the species. Other factors are the type of soil, the available food source and the moisture content.

Species such as Coptotermes, Schedorhinotermes and Nasutitermes can easily range up to 50 meters from the main colony. 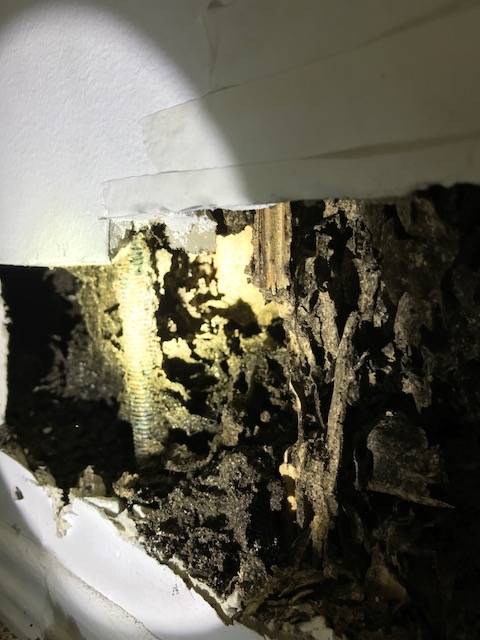 Termites feed on the cellulose found in wood, leaves, bark and grass. They prefer these products when they become affected by fungal decay.

There are many termite species that don’t’ attack sound timber as they prefer decayed wood. There are some species that prefer dried grass. The ones that eat grass are of no real concern to homeowners. Although they can make a lawn look unsightly so in that case, treatment can solve this.

Termites that eat wood the cellulose is digested by intestinal protozoa. The protozoa are a single-celled organism that produces an enzyme, cellulose.

Some termite species don’t produce protozoa this is the case in the family Termitidae. Instead, they have intestinal bacteria that perform the same function.

Termite workers will chew the food where it’s found and then it’s partially digested. The digestion of the food source is done during their return trip to the main colony.

Once they have returned to the colony Royalty, Nymphs and the young workers are fed. They feed by regurgitation and also from secretions from the anus. The soldiers can be fed anywhere within the colony depending on where they are positioned.

The way in which subterranean termites feed also ensures the transfer of the all-important protozoa or bacteria to the young.

Termites require protein and carbohydrates to survive much the same as other animals. These two elements are supplied by the fungi found in wood and vegetation. In the sub-floor of a house where ventilation is poor high amounts of fungal growth can be found.

When the ventilation is poor in a sub-floor the humidity will be high and this is what causes the fungi to grow. This is why it’s important that your termite inspection company checks this area thoroughly.

A professional termite technician can generally tell the type of termite by the nest. A termite nest can be of many different forms. The shape and location of a nest when found can be a good indicator of the termite species.

Termite nests can be found in trees on the outside high up in the folks or in mounds on the ground or at the base of trees.

Some termite species are multi-nesters and may have a number of nests within a structure. Subterranean termites’ nests have been located under fireplaces and patios of houses. Just because termites have been found in a wall doesn’t mean that is the main nest.

This is why it’s important for a termite technician to be capable of identifying the many different termite species. Once we know what type of termite we are dealing with an appropriate termite treatment can be implemented. 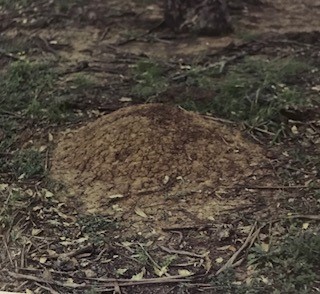 Termite Mound Found in a Garden

Termites have very few natural enemies this is because of the way they conceal themselves within their nest and workings. The time they are most vulnerable is during their colonising flight. A colonising flight is when termites (Alates) fly from the main colony looking to establish a new colony.

During the colonising flight, the Alates are exposed to birds, lizards, geckos, skinks and even the blue-tongued lizard.

If a nest becomes exposed or the shelter tubes are damaged in any way the colony is exposed to ants. Ants are the subterranean termites’ number one natural enemy.

Another enemy of termites is the echidna and the numbat both of which can break open the hard termite nest.  Arboreal nest found on the outside of trees are sometimes home to bird like the Kingfisher. Other birds such as the rainbow lorikeet also use the excavated arboreal nest as a home.

Termite colonies can also be overcome with a parasitic mite. The Mite will cover the entire body of the termite and this can cause the demise of the colony.

A small red and black bug by the name of Tegea atropicta is also a predator of termites. This bug is about 8-10mm in length and has very strong piercing and sucking mouthparts.

They insert their mouthparts into the termite tunnels and pierce a termite then suck out the termites’ body fluid. Although this is a very effective enemy of termites is has no real effect on reducing termite numbers within the colony. 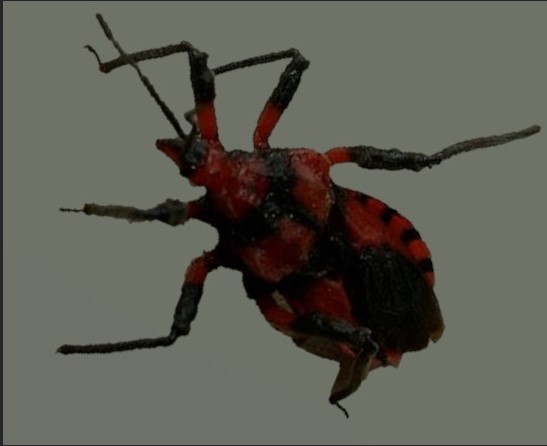 How A Termite Nest Is Breached

Termite workings can be breached naturally during a storm by falling tree branches or falling rocks. At this time the termite’s defence system kicks into place. Soldiers will rush to the opening and defend the breach with heads. They use their heads to block small breaches from their natural enemy the Ant.

The workers will seal the opening with the mud mixture used in the construction of the tubes. If a 100mm or more length of a mud tube has been broken it will be sealed. All of the termites the other side of the tube will be abandoned and sacrificed.

Termites are very good at protecting the main colony and will sacrifice other termites for the survival of the colony. This is why it’s important not to disturb termites when they are found in a home.

The workings are used by your termite technicians to kill the whole colony. Where an area is sealed off the termite can go unnoticed and cause more damage. Always seek the advice of a professional termite company if you find termites in your home. 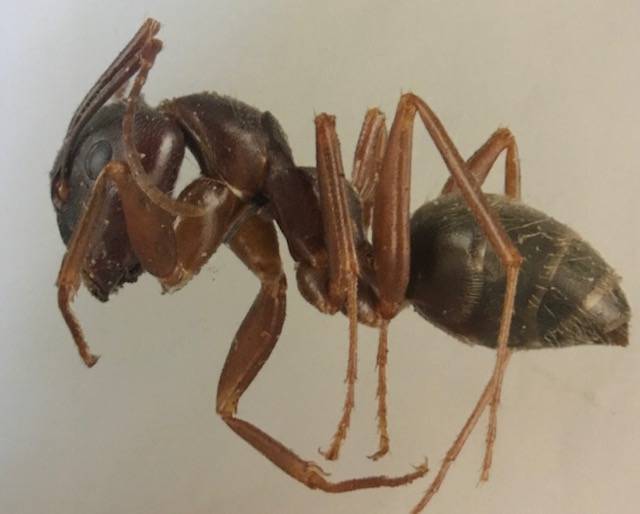 The Cost of Termite Damage

As we know termites cause a huge amount of damage to home throughout Australia. Surveys carried out in 2006 showed that around a hundred and thirty thousand homes are attacked each year. And the average cost to fix the termite damage was $7,000 per home.

The total bill per year is estimated at $910 million dollars this is for just residential homes. Commercial building, fences, rail and bridges add even more to that total.

Since the introduction of slab on ground homes and combined with urban sprawl termite attack has risen. A slab on the ground home is the most vulnerable to termite attack as there are so many concealed entry points.

When homes go on the market that has had a history of termite damage it can significantly reduce the sale price. Termite damage will be picked up during a pre-purchase building and pest inspection.

People are less likely to buy a house that has termite damage even if it’s been professionally treated. The best way to protect your largest asset is to have a yearly termite inspection and also have a full termite barrier installed. 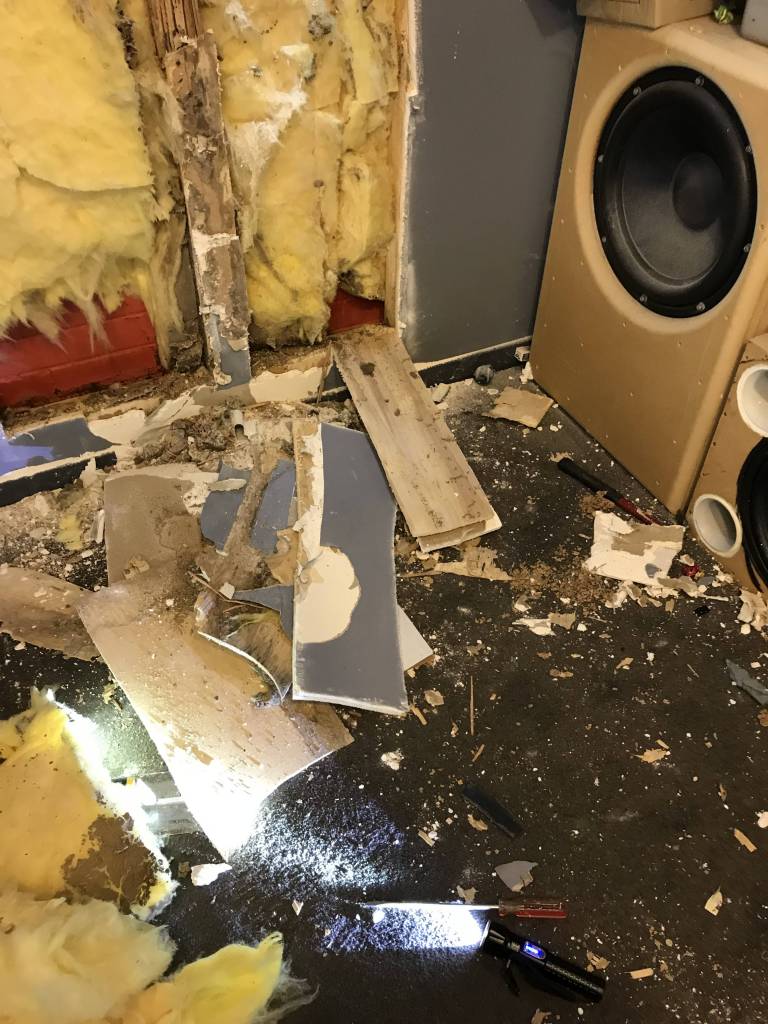 So we know that termites cause a large amount of damage to homes but it doesn’t have to be that way.

Risking your home to these devastating little creatures just isn’t worth the risk. I have personally seen many homes with significant termite damage. The effects on the homeowner are not very nice to see.

In pretty much all cases of termite attack’s to buildings, it could have been prevented. Unfortunately, there is no quick and easy fix for termites. They need to be dealt with by a trained and licensed technician.

Don’t leave it until it’s too late; get your home inspected and save yourself money and hassle down the track.