A pest inspection is a detailed visual look into a house, unit or commercial property. The inspection is carried out to determine whether or not there are active termites present.

A quality inspection can save a property owner thousand if not hundreds of thousands of dollars from damage caused by termites. Termites are the most destructive pests in Australia. They cause hundreds of millions of dollars’ worth of damage each and every year to homes throughout Australia.

The city of Brisbane is in the sub-tropics and is home to a variety of different termite species. One of the most destructive is Coptotermes. This termite is the second most destructive in Australia and there are plenty of them is sunny Brisbane.

There are plenty of other different termite species that can also cause significant damage to buildings of all sorts from residential to commercial.  No building is 100% bulletproof from the destructive jaws of termites. Unless of course it’s made completely of steel, and even then there can be an area of concern.

Even when a home is built with steel framing there are still the architraves termites can attack. This is why it’s so important to have an annual termite inspection carried out. 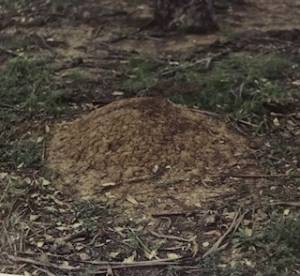 What to look for in a Pest Inspection

The most obvious thing to look for when trying to find a pest control company to do a pest inspection would be; experience.

The more experience a pest control inspector has with termites and inspecting buildings the better the chances of them finding signs of termites in or around a home.

There are also different tools that an inspector can use to help try and find termites inside a house. Two of the most important tools that can be used during an inspection is a Thermal Imaging Camera and a Moisture Meter.

No matter which company you engage to do your pest inspections, make sure they have the appropriate tools to do the inspection correctly.

A thermal imaging camera is a great tool in identifying problem areas in a building during a pest inspection for termite activity.

The way the thermal imaging camera works is it builds up a picture of the surface it is pointed at using the differing heat signatures of that surface.

Each part of the surface of a wall will have a different temperature and the thermal imaging camera builds up a picture presenting it as an image.

If there is a termite nest or even termite mud tunnels behind a wall the thermal imaging camera will pick that heat signature up and display it as an image.

Where problem areas have been detected a more invasive termite inspection can be carried out.

An invasive inspection will involve cutting and drilling into parts of the structure causing a small amount of damage. 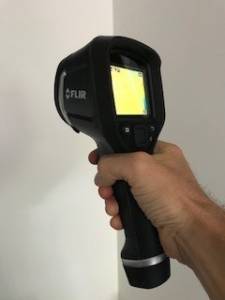 A moisture meter is a tool that every termite pest inspector should use during the inspection process. This is one of the tools carried and used by professional termite inspectors. A moisture meter is a valuable tool when carrying out an inspection in accordance with either of the following standards.  Australian Standard 3660.2.2017, or the Australian Standard 4349.3.2010.

The moisture meter is placed onto the surface of a wall and it will pick up the slightest amount of moisture.

If the readings go into the high range an alarm will sound, this could be the first signs of a problem area.

The moisture meter will pick any type of moisture even a leaking pipe behind a wall and even the water pipes themselves.

If the area is suspect to the inspector they will advise that a more invasive inspection of that area is recommended.

The cost of an Inspection

The cost of an inspection is always going to be a major factor. As to which company is chosen to carry out the pest inspection.  But going solely on price is not the best way to choose a pest control company.

Choosing a cheap pest control company to carry out an inspection for termites can end up costing a lot more than the cost of the inspection.

In the pest control industry and especially when it comes to dealing with termites going cheap is not a good idea.

There is no point in spending any amount of money on a quick inspection. This can lead to the termite inspector missing termites. And that can lead to costing the homeowner thousands of dollars in damage.

The inspection needs to be detailed and thorough. Problem areas around the home and garden need to be pointed out to the customer in the report.

A good termite inspection can take up to 2 hours to complete. This depends on the size of the property being inspected and also on what is found during the inspection.

A termite report is generated from the findings of the termite inspection procedure.  The report is either written out or emailed to the customer within a few days of the inspection.

Some reports can take a while to fully complete and prepare. Especially when live active termites have been found either in or around the property.

When live termites are found during an inspection. Full details of the location and the type of termite have to be documented in the report.

Also when live termites are found a proposal or quote to remove them is also presented to the customer along with the report. 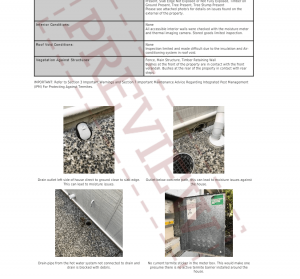 One page of a Termite Report

A termite inspection should be carried out on every home or building every 12-months. This is an important aspect of keeping a home termite free. This is also a recommendation in the AS 3660.2.2017.

It’s also important for the customer to have some sort of an understanding of what should be done during a pest inspection.

Where reasonable access is possible also ensure that your termite inspector does a full inspection of the roof void.

The cheaper the service is the lower the quality of that service will be. And when it comes to dealing with termites don’t take the chance it just isn’t worth it.