How To Control and Remove Lice In Your Home

Some pests are more common and well-thought of than others. Many of us will come across a spider in the home, or recognise a rat when it runs across the kitchen floor. Yet, there are other pests that can take hold at home

that we overlook. Lice are a good example. We think of louse as a problem of incredibly dirty, neglected home, or the head louse of children. Yet, we cannot underestimate these creatures. 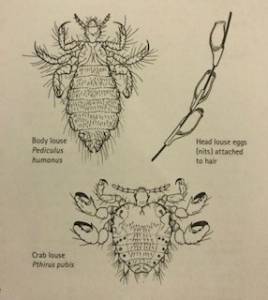 When we talk about louse, we are actually talking about a very broad group of creatures.

This is because there are four distinct forms of lice with 3000 species. 200 of these parasitic species are found in Australia. Different species favour different hosts. The ones that we have to worry about within our home are the ones that favour humans. One of the most common and well known human louse is the one more commonly referred to as the nit, or head louse. However, the term nit actually signifies the egg stage and the louse is the adult. Eggs take 5-10 days to hatch and become blood-sucking lice. These creatures stay within the hair, grabbing on to follicles with their claws. They are pretty small, at 1.5-3.5mm long, but are visible.

Then there are the body lice that prefer to seek heat and blood in other areas, maintaining contact through the seams of clothing. Pubic lice prefer the public area. Then there are the other risks of lice infestation in the home through creatures such as bird louse. These pests can enter a home if birds tend to nest in the roof or other spaces in the building. The lice fall from nesting areas into cracks and crevices of the home, slowly making their way into different rooms.

How do we control and remove Lice?

Now that we have a better idea of the range of louse, we need to know how to control them. The spread and maintenance of louse populations are often down to poor hygiene and dirty conditions where they are allowed to

thrive. Regular bathing and changes of clothes should be enough to restrict these creatures and kill any that are gripped onto hair and clothes. It also helps to wash the sheets of the bed regularly in a hot wash. Bad cases of head lice may require careful treatment with head louse combs to physically remove any creatures that remain. As for bird lice, these pests are treated much like any other bug that finds its way into the crevices of the home. The entry point of the roof needs to be treated, as do all the cracks in the skirting. An electronic blower circulates dust treatments deep into these regions for deep penetration. 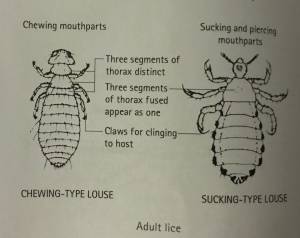 Naturally, while the treatments for body and head lice require little more than frequent, effective home remedies and cleaning procedures, the deeper treatment for eradicating bird lice and other animal parasites requires a professional touch. This is why it is so important that all households take lice infestations seriously and consider every option for full eradication.