The Best Way To get Rid Of Ants

Ant killer can come in different forms some of the well-known ones are ant gels. The ant gels are used by professional pest control companies to help bring an ant problem under control. The gels can also be purchased by homeowners from their local shops to do their own DIY ant killer treatment.

One of the most complained about pests in Brisbane and many other parts of Australia would have to be ants.

I have always said that Australia is built on a giant ants nest and we are just visitors in their domain. Ants can make a homeowners day turn into a nightmare especially when they are found all through the kitchen cupboards.

Ants will find their way into just about any cupboard inside a house especially if there’s something edible for them.

The most common Ant found in our homes is the black ant and this is the one that can become a nuisance if not treated fast.

Unfortunately, there is no silver bullet for getting rid of ants for good. But there are some products that can help. Many products can now be found in the local shop. But most will only give tempory relief from Ants. For a treatment with a long-lasting effect on Ants, you will need to call your local pest control company. 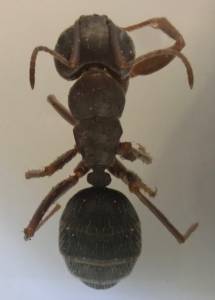 There are many different ways to kill ants from liquid poisons, Ant gels and even some homemade concoctions.

I wouldn’t bother with the homemade products if you want the ant killer to have long-term effects. Most home remedies for ants will only last a few days at best.

To properly get rid of ants the whole colony needs to be targeted and the only way of doing this is to use an effective ant killer.

When dealing with the problem of how to get rid of ants many people make lots of mistakes. The biggest mistake homeowners make is not giving the treatment enough time to be effective.

An ant colony can have hundreds or even hundreds of thousands of individuals and this can take some time to bring under control.

The problem with any product that can be purchased without a license is its strength. In most cases, the homeowner would have to use 10X more of the product than if a professional pest control company was to be called in.

There are gels that can be purchased from places like Bunnings one popular product is called “Ant Rid”.

Ant-Rid” is just one of the products that homeowners show us when we are called out to do a pest control treatment.

There are plenty of ant products in the shops these days for homeowners but none of them will compare to a professional pest control treatment. 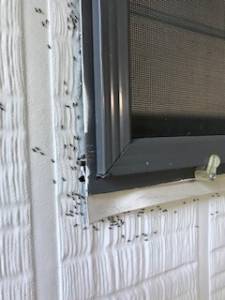 The ant gel we use for our ant killer treatments is “Advion” the products active is called indoxacarb. It’s a non-repellent insecticide and is designed to wipe out the whole ant colony right back to the nest.

The gel has a delay in mortality and this encourages the ants to eat the gel and then return to their main colony. The gel is then passed onto the other ants within the colony eventually killing the entire nest.

The ants also share the bait with the reproductives and this will lead to the eventual mortality of the Queen.  Once the Queen has been eliminated there will be no new ants and then the rest of the colony will die out.

There are also liquid sprays that can be used during a professional pest control treatment. The most widely use ant killer is “Termidor”.

Termidor works in the same way as the ant gel does so it has a delayed effect on the ants again allowing complete colony elimination.

Liquid sprays can be used indoors and outdoors and are often used to flood whole ant nests. Flooding a nest is a very quick way of eliminating an ant problem around a home or commercial property.

If applied correctly a good quality Ant killer like Termidor can keep ants out of a building for up to six months.

The more experienced the pest controller applying the product is the better the results of the ant treatment will be.

Here in Australia, there are more than 3000 different species of ants, this is why I say Australia is built on an ants nest.

Ants are social insects they groom each other as they come in and out of the nest. They live in permanent nests and the size of the colony can vary greatly depending on the species.

Their nests can be found among wood and rocks. But are mostly found in the soil their nest can be built just about anywhere.

Ants produce a very small ovoid looking egg and when it hatches a white grub with a narrowing towards the head appears.

All of the larvae are looked after and fed by the adults the larvae undergo several moults before the next stage.

After several moults the larva pupates, this stage the “pupa” is the transition into an adult. They start out soft and their colour is creamy-white, they are also inactive at this stage.

After some time the adult will emerge and then the hardening of the cuticle will start to take place, this can take up to a few days in some species of ants.

The whole process from egg to an adult Ant can take six weeks or more depending on the species, food that’s available and the temperature.

Ant Species found around the Home or Commercial property 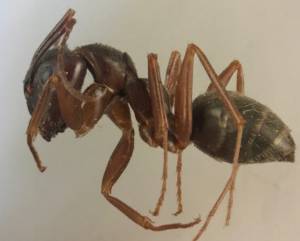 Ants are one of the most successful insects on the planet and can be very hard to get rid of completely.

Although a DIY approach can be successful it usually won’t have a long-term effect meaning it will need treating more often.

If you are having Ant troubles around your home or commercial property it’s best to call in a professional pest control company to help.

Here at Sunnystate Pest Control we have been on ant killer duty for the last 20 years and can help you eliminate ants around your place.