Millions of us have laughed at celebrity chef Gordon Ramsay going crazy at people on hit TV show Kitchen Nightmares.

But you could easily end up with your own kitchen nightmare. That’s if cockroaches are not swiftly dealt with – and those little critters are no joke!

That’s exactly what happened at this Brisbane house recently. check out the images below. 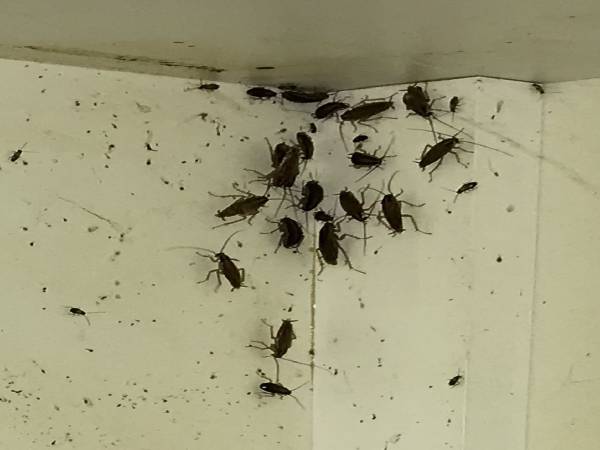 The householder was shocked to discover the kitchen was overrun with the insects. Also that it had been left in a disgusting state in just a matter of weeks.

If the infestation had continued much longer, the insects may have caused more serious electrical damage to the house and appliances.

Fortunately, we at Sunnystate Pest Control have more than 20 years of experience. We handling all sorts of pest infestations and were quick to the rescue.

I’m Jason, owner of Sunnystate Pest Control, and I can tell you Cockroaches can destroy a kitchen just by the number of faeces they leave around. These stain cupboard doors and then there are the eggs they lay which, over time, leaves a sticky mess on surfaces.

“They can also send the door hinges rusty from moisture over time. This can lead to serious kitchen nightmares for homeowners.

“This particular kitchen was overrun with German cockroaches. They were in all the cupboards, harbouring in and around the door hinges, inside food containers, under the fridge and microwave. 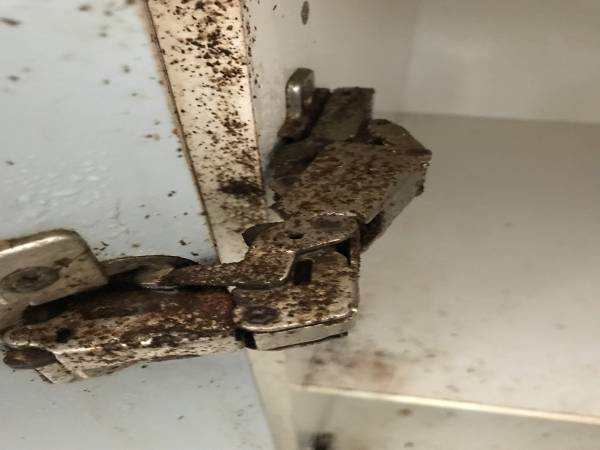 “You need to use a professional to ensure problems like these are bought under control fast as they breed really quickly, and it can turn into an infestation in just a few weeks.” If left untreated it can be the start of your kitchen nightmares.

Cockroaches can spread disease to humans by contaminating food products, eating utensils, and leaving their faeces and empty egg cases throughout your house.

These pests are known to spread various kinds of bacteria, carry parasitic worms, and cause serious health issues including salmonella, tuberculosis, hepatitis, and typhoid. Their decomposing bodies can also trigger allergic reactions in humans. 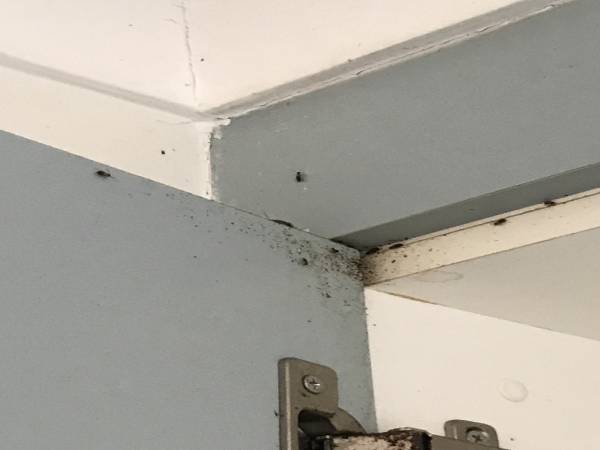 The solution is not as easy as stepping on a cockroach or two as these insects are notoriously difficult to eliminate.

There is likely many, many more of them hiding in walls, gaps in floorboards, and other small hidden areas in your property.

And the longer you let cockroaches creep around your house, the greater the infestation will become.

The number of cockroaches that can invade urban homes is anywhere from hundreds to hundreds of thousands, according to the National Pest Management Association (NPMA).

That’s why if you believe you have a cockroach problem at your house, it’s best to bring in the experts like Sunnystate Pest Control as quickly as possible.

Our family business has successfully dealt with thousands of infestation cases over the past two decades using a five-step process. 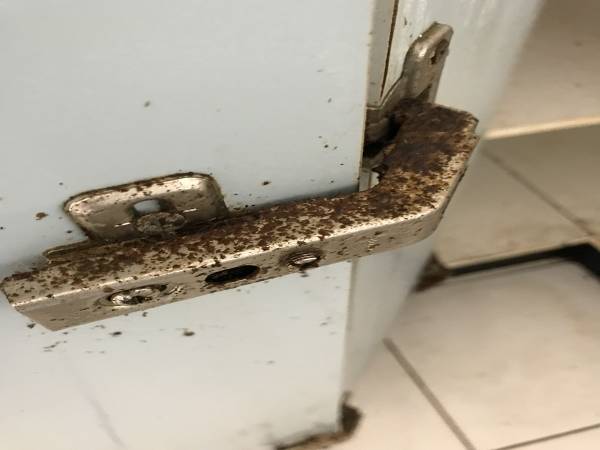 How We Treat Your Kitchen Nightmares

Step 1: An inspection of the building to determine how severe the problem is, where the cockroaches are harbouring, and what’s causing the problem.

Step 2: An initial treatment, usually with a surface spray so that all surfaces, cracks and crevices are treated.

Step 3: Our Sunnystate Pest Control technicians leave specialized sprays to do its work, and then return after 4-5 days to check the problem.

Step 4: If all is looking good, the customer cleans the house, and then a second treatment is carried out (this time using surface sprays and cockroach gels).

Step 5: The customer is given advice to ensure the problem doesn’t happen again.

And what about the kitchen in the pictures above?

The cockroaches were all exterminated and the property is now gleaming….to Gordon Ramsay’s standards.