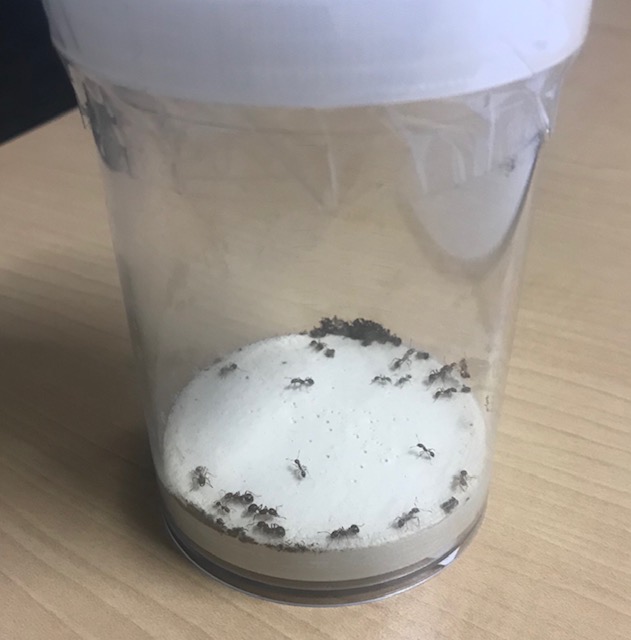 Fire Ants Getting Rid of Them Safely

I have just completed the fire ant training course set out by Bio Security Qld.

The course if very informative and gives a great insight into this devastating ant species. These little red firebombs are a serious pest and can pack a punch, or at least a bite and sting.

We as a community really can’t let these ants get out of control. If their populations exploded past containment lines the results would seriously impact our way of life.

The Aussie BBQ and back yard cricket could seriously become a thing of the past. It’s the responsibility of all pest control companies and the public to help eradicate them.

Where did they come from

Fire ants were first reported in the port of Brisbane then the suburb of Richlands in February 2001. They moved rapidly from there spreading throughout Ipswich, Brisbane and Gold Coast.

They came in through shipping containers and some say this was properly from mining equipment. A serious amount of effort has gone into containing them but the fights not over yet.

How do they move around

They are also very keen rafters, that’s right they like a little water sports from time to time. During periods of flooding if a colony becomes threatened by rising water they go rafting.

They will build a raft-like structure out of the colony and float with the moving water until they bump into dry land. From here they will then start to build the colony up again.

To move soils over containment lines a permit is required from Biosecurity Qld. This permit is known as a BIP which stands for biosecurity instrument permit. If you don’t have the appropriate paperwork (BIP) in place there are big fines for individuals and companies.

Fire ants How do we treat them

Treatment of the red imported fire ant must be done carefully. A heavy-handed approach doesn’t work as these ants will quickly move the Queen if threatened.

It only takes a hand full of worker ants and the Queen to start up a new colony, so careful treatment is essential.

There are basically two methods of treatment the first is with dry baits and the second is liquid chemical. Using both methods for treatment is going to be the best approach.

Using the baits is relatively simple they are simply spread around the nest and site where fire ants are located.

When using a liquid chemical, it’s injected into the nest, this is called direct inject. The chemical registered to eradicate fire ants is “fipronil” this is a great product and is used widely in the pest control industry.

Imported red fire ants will destroy large areas of vegetation this could be devastating for the agricultural sector. They will destroy the flower, stems and roots leaving nothing but dead vegetation.

Fire ants have been spreading at a rate of 3-kilometres per year, that’s a lot considering how small these ants are. Once into an agricultural area, they can quickly take over so a swift approach to keep containment line strong is needed.

Reporting sighting of fire ants is also a major part in keeping them from spreading.

There is no entry or exit holes in a fire ant nest. Their nest has a dome-shaped appearance, but they can be very hard to see. Identification can be carried out by your local trained pest control technician.

Their nests can reach a height of 40cm, but they can also be flat to the ground. Nests are generally found in wide-open areas, therefore, new building sites are a favoured spot. Areas with lawns, pastures along roadsides and even unused croplands are where they are commonly found.

Fire ant nests are also commonly found close to or under different objects such as timbers, rocks, pavers, bricks. It’s important that a thorough inspection of a site is carried out to properly eradicate them.

The more nests that can be located on a site and properly treated the better the chances are in getting rid of them.

The first thing to do is call a pest control Brisbane company that is licensed to deal with imported red fire ants. Using a fully licensed company that has completed the appropriate training is key in the fight against these tiny pests.

You can call Biosecurity Qld, but they have a very long waiting list for their treatments. They only have a limited amount of staff to help in the eradication program. Therefore, they have now turned to the professional pest control industry to help.

The main thing the public can do to help in the fight against fire ants is to be proactive. Call a professional pest controller or Biosecurity Qld if you have any concerns about them.

Don’t leave it until it’s too late or you may have these ants at your next family BBQ.